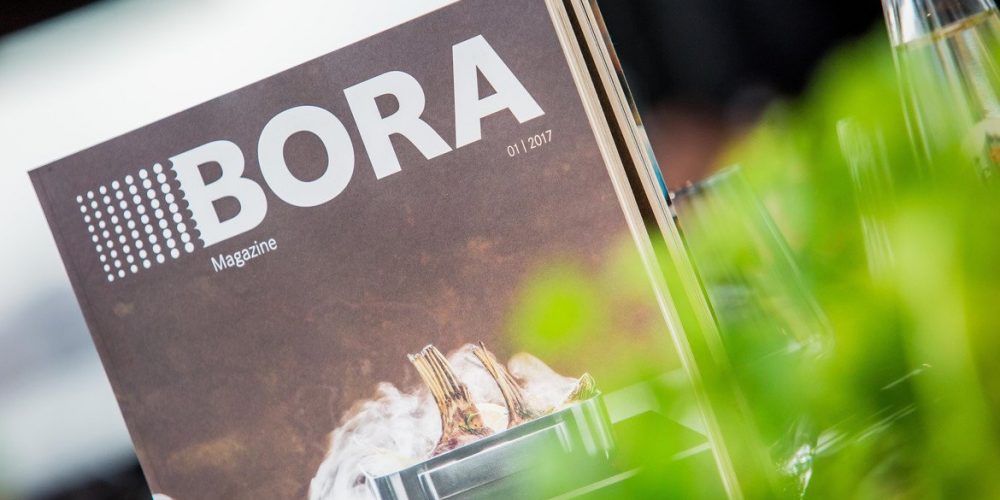 BORA Magazine takes communication with customers to the next level—exclusive interviews and behind-the-scenes stories showcasing brand’s activities across different channels enhance the product related topics and technical specifications. Columns and specials as well as a powerful imagery guarantee a perfectly harmonised reading experience. 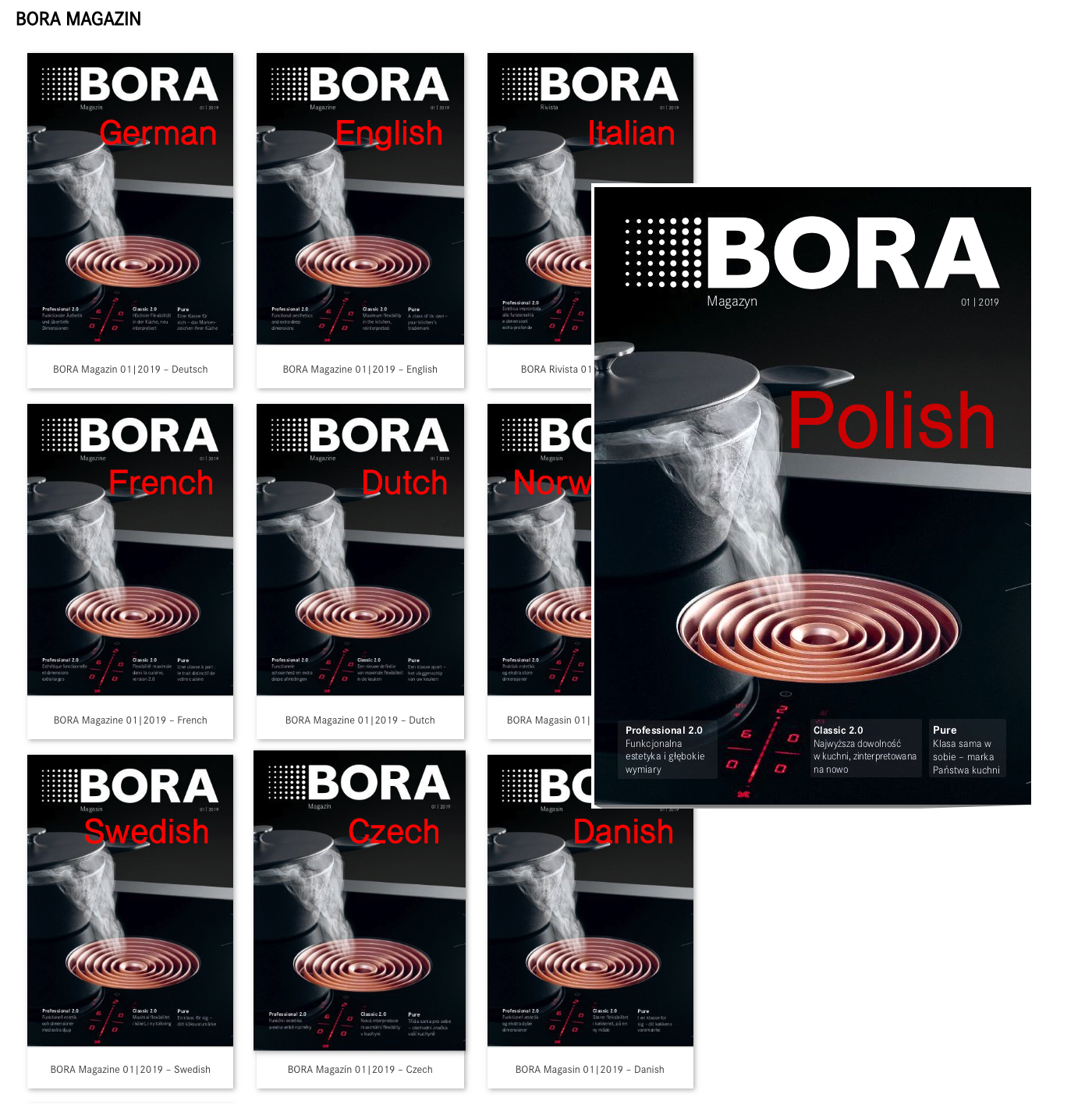 The first BORA Magazine was launched in six languges in spring 2017, and the second issue was published in already 11 different languages.

All the multilingual translations from German source texts were coordinated by a Danish translation agency, and the magazine itself had been developed by Storyboard GmbH—a branding and content marketing agency based in Munich, Germany.

Studio De Arkadiusz Jasiński was entrusted with carrying out translations into Polish and correcting page proofs of three successive Polish editions of the magazine, starting with the issue 01/2018. 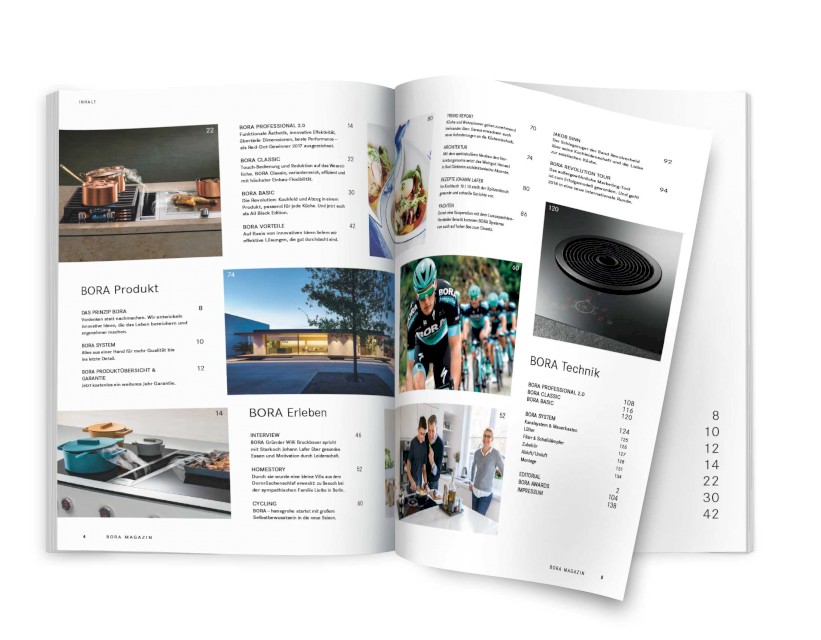 The layout of the magazine underlines the premium design of BORA products.

The translation agency I was working with on this project requested I use the client’s own terminology database. The project manager sent me an SDL Trados package and provided me with login credentials for access to the SDL MultiTerm Server.

The project package included a translation memory database (TM) created from all the texts previously translated for the client.

However, as the brand magazine covered both marketing and technical content, I also added to the project my very own master TM, carefully maintained over the years of translating technical documentation from German to Polish.

By having such a translation memory, I can ensure that from an initial translation, all future related translations are using the same terms when the content to be translated matches content from previous pieces. 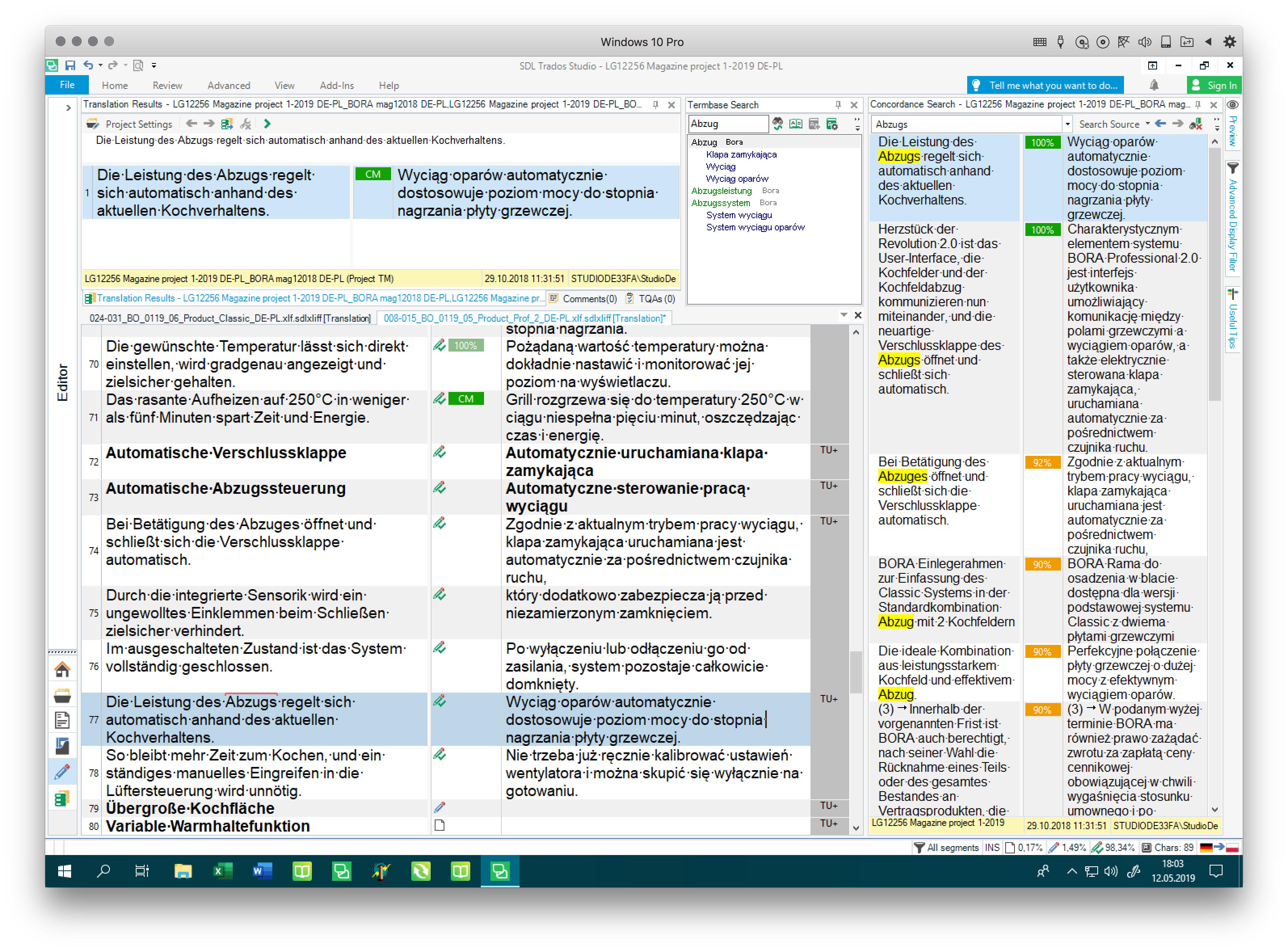 After opening the received *.sdlppx file in SDL Trados Studio I was able to start working on the translation immediately, as all the resources and references were already included in the project package.

Effective proofreading requires an acute attention to detail and strict adherence to style guidelines. It is an obligatory step in my translation workflow and in most cases I engage a second pair of eyes to compare the Polish version against the original source text.

In cases like this one, where the translated content is meant to be published, there is another round of quality checks which needs to be performed.

The ready-to-print material comes back to me for approval. At this stage I can examinine the typeset pages for typographical errors and carry out the final corrections.

One example of such recurring corrections are single letters “hanging” at the end of the line, which need to be moved to next line—in accordance with official standards set by Polish Standarization Comitee (PN-83/P55366) covering rules of typesetting used in the Polish language. 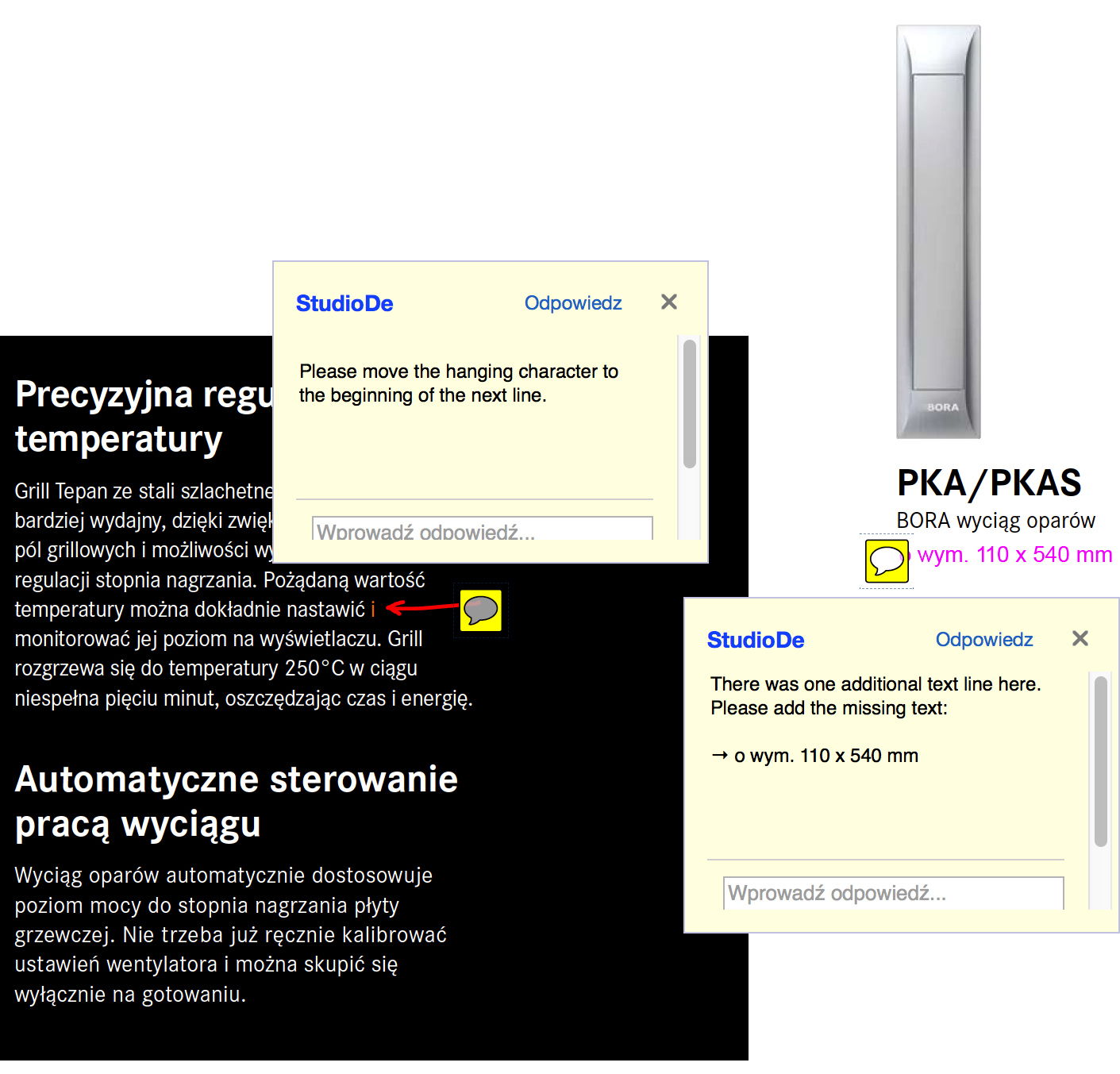 Final page proof corrections—examining the typeset pages for typographical errors and making sure that all characters and images are correctly displayed. 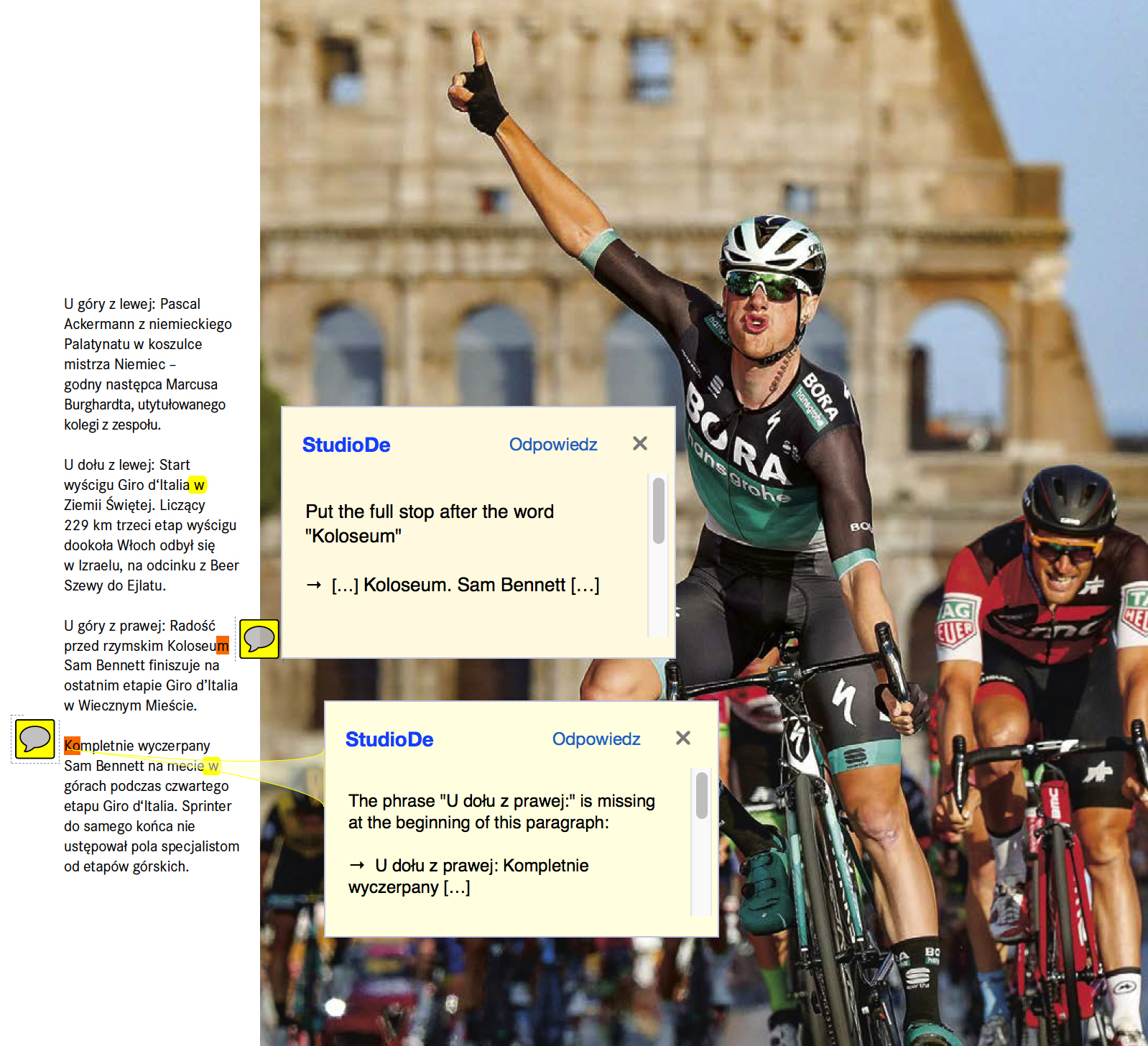 The final page proof is usually carried out in Adobe Acrobat or InDesign, and I would then return the annotated files with comments and correction marks.

During this project, however, a more sophisticated approach was adopted.

The page proof stage was conducted in a cloud based approval system that lets users collaborate on documents in real time. During online meetings of the members of the review team I was required to capture live edits on PDF files. 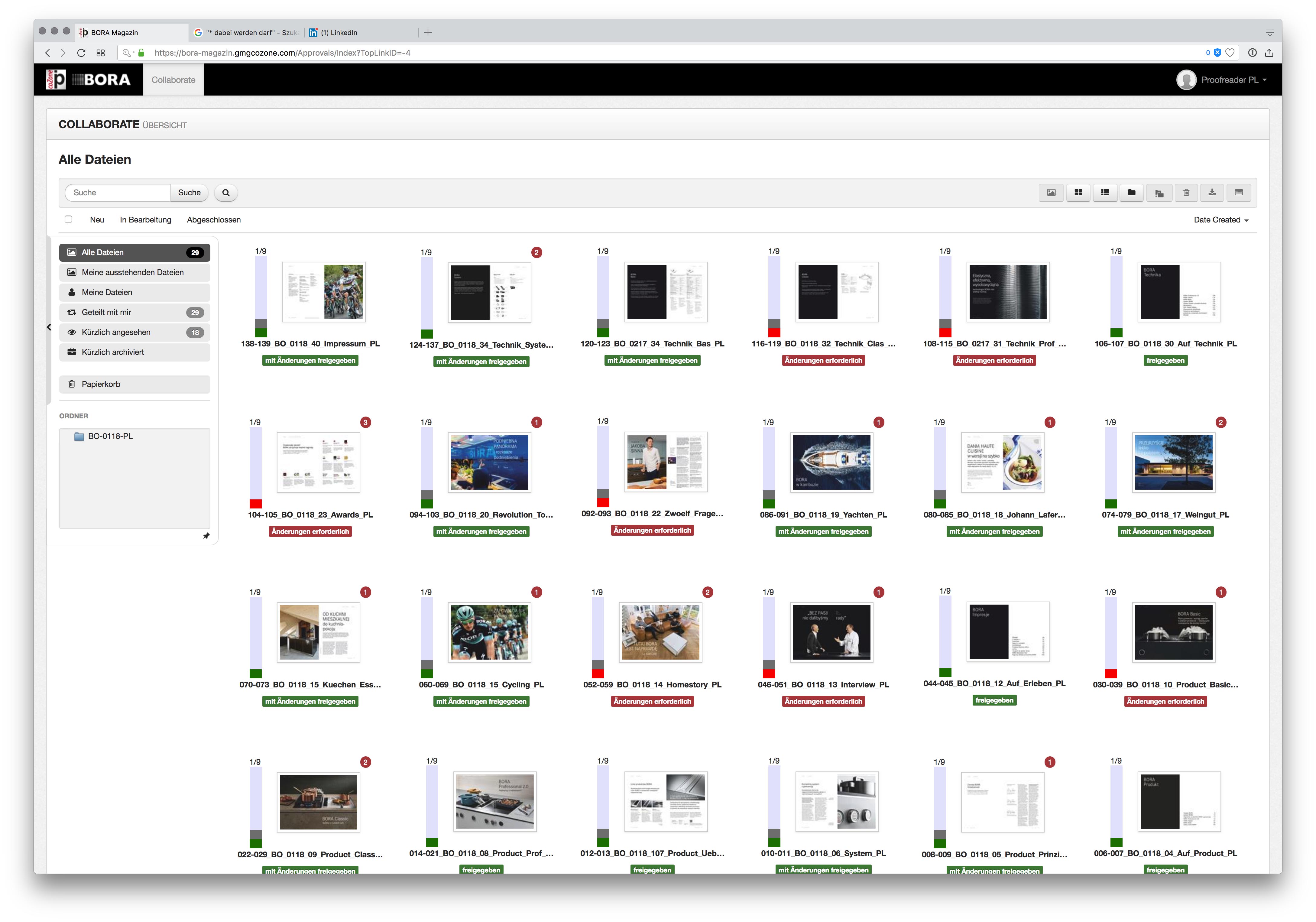 A web-based approval system allows to perform live edits on PDF files while discussion between the review team participants is taking place.

Not only product details, but also brand insights and background stories complete the content of the BORA magazine.

Give it every chance to succeed.